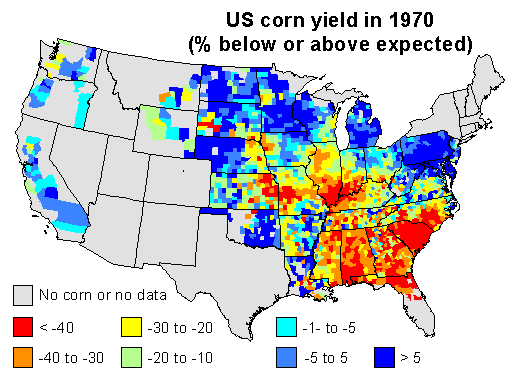 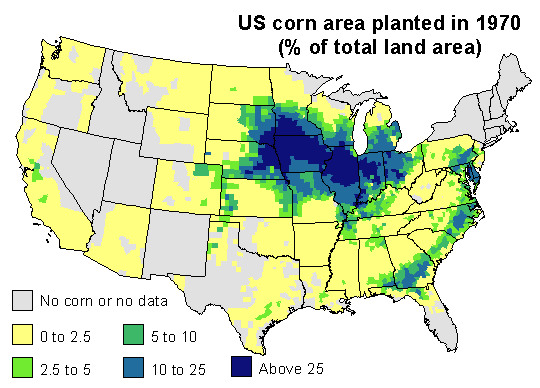 The February issue of BioScience has an article about the connectivity of the agricultural landscape in the USA. Margaret Margosian and colleagues used a graph-theoretical approach to characterize the ‘resistance’ of the American landscape against the spread of crop pests and diseases1. The idea is that the resistance of the landscape to, say the spread of a maize disease, is higher if there is less maize planted in a region. The authors show that wheat, grown in distinct and poorly connected regions, is less vulnerable than soybean, which is grown in a single contiguous region. They suggest that this approach should be helpful for risk assessment and responding to newly introduced diseases. So far, the results are at the level of a general characterization. It would be great if they could validate their predictions with observed disease data. That will be hard, as there are many other factors, like local weather, that come into play.

But it should be possible. Landscape effects on pest abundance were recently quantified by Douglas Landis and coworkers2. They found that:

Recent biofuel-driven growth in corn planting results in lower landscape diversity, altering the supply of aphid natural enemies to soybean fields and reducing biocontrol services by 24%. This loss of biocontrol services cost soybean producers in these states an estimated $58 million per year in reduced yield and increased pesticide use.

Now think of the work by Claire Kremen and co-workers showing how landscape pattern influences the ‘pollination ecosystem service’ by wild bees3.

And the call for ecological engineering of landscapes to avoid outbreaks of rice pest. And conservationists that work on shade trees in coffee fields, to help birds and other wild organisms — and get high quality coffee.

I think we are witnessing the coming of age of landscape-agro-ecology. The study of agriculture and its biodiversity beyond the field scale.