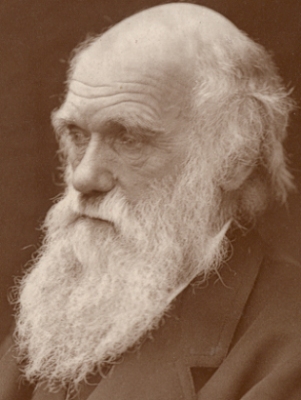 Given that he wrote an entire book on The Variation of Animals and Plants Under Domestication, Charles Darwin offers us a rich seam to mine.1 I was particularly struck by a phrase I thought I heard Professor Steve Jones use in the recent special series of In Our Time on BBC Radio 4, when he referred to Darwin’s garden at Down House as, I think, the Galapagos of Bromley. His point was that Darwin’s experimental work and observations in his garden informed his ideas no less than his journey.

There is a good deal in The Variation … about how plants change in their characteristics, from presumed differences among the maize varieties of New England and Canada to the northward progress by “thirty leagues” of the northern limit to growing maize in Europe, over a period of about 60 years. “[I]n Sweden,” Darwin writes, “tobacco raised from home-grown seed ripens its seed a month sooner and is less liable to miscarry than plants raised from foreign seed.”

These, and many others, are typical of the observations of others that Darwin accumulated and scrupulously credited. But he made his own observations too.

On the same day of the month [24 May], but in the year 1864, there was a severe frost in Kent, and two rows of scarlet-runners (P. multiflorus2) in my garden, containing 390 plants of the same age and equally exposed, were all blackened and killed except about a dozen plants. In an adjoining row of “Fulmer’s dwarf bean” (P. vulgaris), one single plant escaped. A still more severe frost occurred four days afterwards, and of the dozen plants which had previously escaped only three survived; these were not taller or more vigorous than the other young plants, but they escaped completely, with not even the tips of their leaves browned. It was impossible to behold these three plants, with their blackened, withered, and dead brethren all round them, and not see at a glance that they differed widely in constitutional power of resisting frost.

Darwin doesn’t there make the point that the survivors of such a killing frost might give rise to more frost-hardy offspring in due course. And I have not been able to discover whether he asked his gardeners to save seeds from those that had survived. I like to think he did. In The Origin (p 142) he very clearly anticipated such an experiment:

[U]ntil some one will sow, during a score of generations, his kidney-beans so early that a very large proportion are destroyed by frost, and then collect seed from the few survivors, with care to prevent accidental crosses, and then again get seed from these seedlings, with the same precautions, the experiment cannot be said to have been even tried. Nor let it be supposed that no differences in the constitution of seedling kidney-beans ever appear, for an account has been published how much more hardy some seedlings appeared to be than others.

This last may be a reference to a sharp frost on the night of May 24th, 1836, near Salisbury, when “all the French beans (Phaseolus vulgaris) in a bed were killed except about one in thirty”.

There is much, much more in The Variation … to amuse and instruct anyone with an interest in agricultural biodiversity. What I find odd is that despite the prevalence of seed saving in mid-Victorian England, Darwin was not able to prove to his own satisfaction that the beans of his own era were in fact hardier than those of previous times. Today’s scientifically informed seed savers ought to find it easy. Have they?