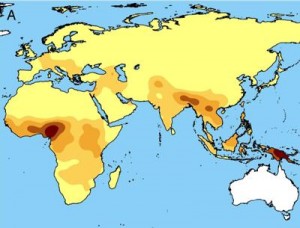 and that of the places where agriculture originated. 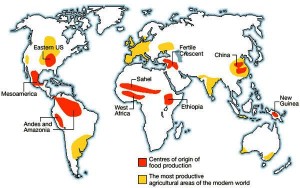 At least in Africa, Near East and New Guinea. The dissimilarities, in particular in South and East Asia, are just as striking.

4 Replies to “Language and the spread of agriculture”