A couple of sentences in one of The Economist’s celebrated Christmas articles brought me up short. The article detailed a forensic investigation of soldiers who fell in 1461 at Towton, “perhaps the bloodiest battle ever fought in England”. The good thing about Towton is that a mass grave yielded 40 skeletons, 28 of them complete, which gave the archaeologists unprecedented insights into just what killed those men.

“Imagine one of those movie scenes with people closing in on a cornered individual,” says Christopher Knüsel, one of the original team of archaeologists and now at the University of Exeter. “Usually the camera has to pan away because you cannot show some things. Here you see it.”

Those are not the sentences. These are.

The average medieval man stood 1.71 metres tall—just four centimetres shorter than a modern Englishman. “It is only in the Victorian era that people started to get very stunted,” says Mr Knüsel.

I’ve always thought that medieval people were stunted too. But because I recently started to dip into the history of agriculture and food production in England, my mind was prepared for the idea of Victorian stunting.1 The average height of young English soldiers born in the 1850s was about 3 cm lower than those born in the 1730s. And not just English soldiers either; the phenomenon was pretty widespread, in Europe and America.2

Many factors contributed. Food consumption per person started to climb around 1825, but did not equal 16th century levels until about 1850. After 1850, farm productivity stagnated. Populations at the time were still growing rapidly. The wonder is that there was not more widespread hunger. As Robert C. Allen noted:3

The output of English farms failed to keep pace with population growth. It was international trade, not rising farm productivity, that fed the expanding British population after 1800. 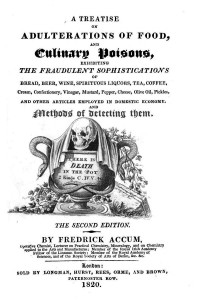 And then, especially in the fast-expanding cities of England, there was adulteration. I hold no brief for the “no chemicals” brigade, but this is not exactly a modern phenomenon. Alum and chalk in white bread, watered milk and worse than water in beer, red lead in cayenne pepper and cheeses, acorns in coffee; the list goes on and on. Boiling all kinds of greens with a copper coin in the pot maintained the fresh green colour, and has been suggested to me as a handy tip by helpful Italians. This was not new in Victorian times, nor is it over today.

Adulteration wasn’t the only problem, as I have indicated, but it was worse in the cities, where people were further removed from produce and more inclined to buy ready-made items. Heights did not decline among army recruits in France, perhaps because of “low levels of urbanization, slow population growth, and wider distribution of property”.4

And what has all this to do with food today, and why I write about food? Because many of the countries that saw the greatest increases in farm productivity and food output in recent decades, thanks to the Green Revolution, also have some of the highest rates of child stunting in the world today. Stunted children never fully catch up with their properly nourished peers. Like the Victorians, it isn’t just that they don’t have enough to eat. What they do have to eat isn’t very nourishing. They are missing micronutrients, like vitamins and minerals.

Many different solutions exist. Straightforward fortification — adding iodine to salt, for example — can supply missing micronutrients. Breeding higher concentrations of micronutrients into staple crops is increasingly popular and may work, especially for people already in the cash economy. Am I being too cynical if I wonder how soon after the commercial release of, say, high-iron beans, we see traders offering ordinary beans at a premium? Identity preservation is going to be a huge issue for foods bred to contain more micronutrients. Fraud will not be as easy for crops where the added benefit is clearly visible, like extra-orange varieties, with their heavier cargo of vitamin A precursors. The seed market too is not above dodgy practices. Plant breeders now have a shiny new tool to analyse mineral levels in seed crops; will poor farmers buying seed have any guarantee that they are paying for the real thing? Caveat emptor? How about even poorer farmers, who do their own seed saving and plant breeding? How are they going to select the seed for next year’s crop if its superior qualities are effectively invisible?

These are not mere quibbles. Breeding higher levels of micronutrients into staples is said to be sustainable, targeted and cost-effective; is it as sustainable, targeted and cost effective as more diverse diets embedded in a fresh approach to the entire food system? I don’t know. Nobody does, although evidence is slowly accumulating in dribs and drabs.

The Battle of Towton may not have been an entirely fair fight and, as usual, the victors wrote the history. Are there lessons there? 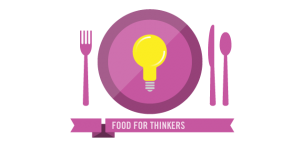 This post was invited by Nicola Twilley, new food editor at GOOD, as a contribution to a series called Food for Thinkers. Speaking of which, here’s a thought: chocolate for breakfast tops a list of food trends selected by “experts”.