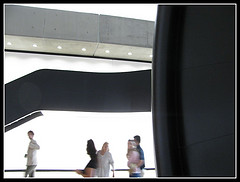 MAXXI, a fashionable museum in Rome, is running an exhibition called “FOOD dal Cucchiaio al Mondo.”1 I was asked to contribute a little piece for the Landscape section. You can buy the catalogue online, and it does have lots of articles much more interesting than mine, and photos too. But if you just want to read my thing, you can do so here below.

We live in times that, though arguably plenty interesting enough already, seem to be in an unseemly hurry to become ever more so. Farming is not, alas, immune to all the excitement. I suppose that should not be surprising. We come from the earth, we return to the earth, and it is true, after all, what they say: in between, we mainly garden. Pretty much anything that happens in – and to – this world will affect our food, sooner or later. And vice versa.

Think of the hottest summer you can remember. That will be the new normal in 2050. Rainfall will be more unpredictable, and lower in lots of places where it is all too low already. The headlines may be mostly about what climate change will do to the frequency of hurricanes or to sea levels or to the polar bear; but, if we do not change our ways, the most important thing that it will do is make it more difficult to grow the food we need. We may be looking at a 2% drop in agricultural output each decade, if we continue tending our farms and orchards and gardens as now. Set that against the possibility of demand for grains increasing by 50% by 2050.

Less food to feed more people, people who are ever more demanding — who will want more meat and fancy fruits, for a start. And precious little new land into which to expand, unless we want to cut down the forest, and imperil the water we drink and the insects that pollinate those fruits, not to mention the panda. At the very least, we are heading for higher food prices — and we know that will hit the most vulnerable, the very poor, especially hard. No development, let alone that of the sustainable kind, will be possible in such a world. But make no mistake — yes, you, with your double latte mocaccinos and quinoa bars — everyone will be affected. That is surely not the sort of legacy we want to leave our children and grandchildren.

Pace Oscar Wilde, with whom I otherwise rarely disagree, there is no higher, and more vital, calling than that of disturbing dirt. We must help prepare farmers, those brave disturbers of dirt, for the brave new world we have made for ourselves — and them. Or dirt will be all that we will be left with to eat.

There is no easy, single, straightforward way to do that, unfortunately. No magic wand, no silver bullet, no rapid-fire montage en route to a Hollywood happy ending. Sure, we can shuffle crops around the world, moving them to more favourable climes like pensioners in winter. Wasting less food is certainly never a bad idea, of course, as your mother no doubt used to remind you when you left that piece of liver on your plate. Easing up on the consumption of some things would be good for many of us — for our souls, as well as our waistlines. We do need to do all these things. Or try to: there is always, experience suggests, a better time than now to be virtuous.

But even if we make all that happen, it will not be enough. Do the math, and it is hard to see how we can get out of this jam without producing more. 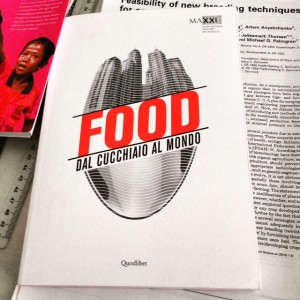 Well, we do like to deal in binary choices, don’t we? Good versus evil. East is East and West is West. Two households, both alike in dignity. From the Shire to Mordor, and back. Derby day in Rome. Amid all the change and excitement, it makes life so much easier. None of that painful groping around in the grey shadows of doubt. Love it or leave it: if you are not for us, you are against us. And again, agriculture is not immune. So we have the amusing, if unedifying, spectacle of the industrial and organic farming lobbies shouting talking points at each other in mock mutual incomprehension from their respective redoubts of self-righteousness. One side quotes figures proving that only high-input, commercial monoculture will feed the world. It is so obvious! The other counters with its own meta-analysis in the impeccably peer-reviewed literature showing equally conclusively that only agroecology can save us. How can you not to see it?

It would be easy to say that both of these prevailing narratives are a little bit right, and a little bit wrong. What is needed — isn’t it? — is a middle path, a third way, an a-la-carte approach. Too easy, and probably pointless. It has been tried in other fields, after all, and it has not exactly always met unalloyed success.

So let us instead try something else. Because, whichever side of this particular divide we come down on, there is in fact one thing that we have in common with those rascals and weirdoes on the other.

Yes, let us grasp at this straw: the roads of industrial and organic agriculture may be different and divergent, but they both start in the same place. Instead of fighting the other side, we could fight for what we all need.

And what we all need is crop diversity.

These are often called heirloom varieties or landraces, because they were bred by farmers and passed down the generations in a particular place, in a particular land, to cope with its unique conditions and to serve the often wonderfully idiosyncratic purposes of the people who live there. Just like shoppers in a supermarket, farmers like choice. In fact — unlike shoppers in a supermarket, believe it or not — they need it to survive. Without it, they are hostages to fortune, to the next pest or drought. The diversity of landraces provides farmers with that greatest of all gifts, options — and with insurance. Professional plant breeders have taken this a step further, identifying useful genes in different landraces and reshuffling them to come up with ever better varieties: more resistant to stresses, more productive, more nutritious. Nicer to look at, too.

There is a limit to the diversity found in domesticated species, however. It is imposed by domestication itself: cultivated species usually contain only a fraction of the genetic diversity found in their wild ancestors. Ancient farmers selected only a relatively few plants from the progenitors of crops, in only a few places. A lot of diversity has been left literally by the wayside as agriculture has developed. We call this the “domestication bottleneck.” The diversity in the genepool on the wide side of the bottleneck includes lots of useful genes, and breeders have been dipping their toes into it more and more of late.

Landraces are still grown by farmers in many parts of the world, and many of the wild relatives of crops are still to be found in their ancestral homes, but they are both fast disappearing in many places. We do not know exactly how many landraces and populations of crop wild relatives we have lost, and how many of the genes they contained are gone forever. But we do know that much diversity is now only to be found in genebanks, the large collections of seeds in cold rooms (and live plants on research station fields and in labs) that scientists have been quietly putting together over the past few decades. A new disease, like the Ug99 now ravaging wheat in some parts of the world, sends breeders back to the diversity in genebanks, looking through their databases to locate sources of resistance among the thousands of seed samples they store.

New pests and diseases and climate change and the vagaries of consumer demand are there for all of us, and always will be. There is always something. Our crops are going to need continuous tweaking whether we grow them in the neat, mechanized utopias of the glossy Big Agriculture brochures or the idyllic patchwork landscapes of agroecological yore.

Preserving crop diversity, in genebanks and in farmers’ fields, gives society a double benefit, way into the future. It protects the pristine natural habitats we all love, and need, and that might well have to be converted to agriculture if yields on existing land did not rise. And it makes available to breeders and farmers the raw materials to raise those yields, and smooth out year-to-year fluctuations in production, minimizing risk, safeguarding livelihoods.

We need crop diversity to keep supplying those benefits into the future, forever. That is not complicated, divisive or controversial. It will make all our lives a lot less exciting, maybe not quite as interesting. But living in interesting times can be a curse. Now, back to our gardens.

4 Replies to “A Space for Landraces at MAXXI”