Our friends at CIAT inform us that yesterday Daniel Debouck received the Order of Leopold for his 40 years of service to the scientific community. Named in honour of King Leopold I, and awarded by Royal order, this is the highest order of Belgium. We congratulate Daniel, who’s one of the tireless scientists at the front lines of agro-biodiversity conservation. As head of the Genetic Resources Unit at CIAT, he’s made sure the world’s largest bean, cassava and forages collections are safe and available for plant breeders, researcher and farmers to use.

Since its inception, CIAT’s genebank has distributed more than half a million samples from 141 countries to requesters in more than 160 countries. Find out more here.

Well done, Daniel! Great to see the work of another genetic resources scientist being recognized. 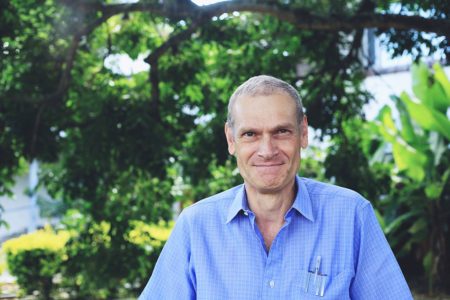 Read more about Daniel’s work on a recent CIAT blog post, “On the trail of ancient treasure in Peru.”