Some bad news from Penny:

It is with great sadness that I convey the news that Jerry Konanui, of the giant kalo, cultural practitioner, traditional Hawaiian kalo and ‘awa cultivar expert, friend and colleague has passed. Jerry was a shining example of an indigenous scientist who bridged both research and traditional practice effortlessly and was highly respected in Hawaii and elsewhere for his work. He was instrumental in reviving interest in Hawaiian crop biodiversity in the Islands and I was honored to have spent almost two decades working on cultivar recovery and identification with he and his wife. His verification work led to the re-establishment of improved collections among botanical gardens and agriculture stations in Hawaii. Jerry shared his knowledge with great aloha and humor over the years, captivating and inspiring hundreds of students and farmers to plant and rediscover the unique and fragrant flavors of Hawaiian taro and ‘awa. Aloha ‘oe Jerry! You will be sorely missed. 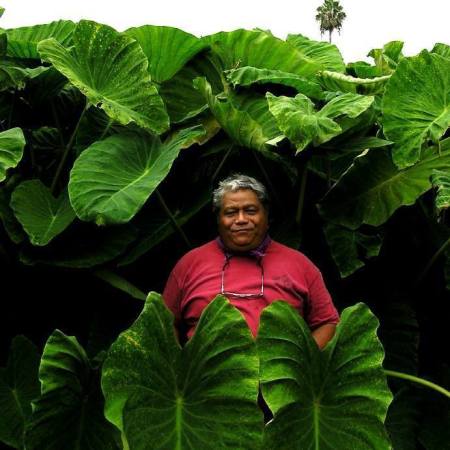