I suppose it’s only a small blip in the great scheme of things, but you know what they say: to a hammer everything is a nail. And to a genebank guy everything that happens affects genebanks. In this case, the Egyptian Deserts Gene Bank at Sheikh Zowaid Station in North Sinai, which we are told has been trashed during the current turmoil in Egypt.1 It specializes in desert plants, and has wide international partnerships, including with the Millennium Seed Bank at Kew and the Genetic Resources Policy Initiative. The manager had to abandon the place when its security detail disappeared and an armed gang warned him that they would be coming in the night. Which they indeed did, to devastating effect, getting away with lots of equipment and wrecking the cooling system. The collection is not duplicated in the national genebank in Giza, which apparently has not suffered similar looting.2 The genebank manager called a few people in Cairo before having to abandon the place, including our informant, so the problem is known to the national agricultural research authorities, but there’s nothing anyone can do at the moment, clearly. 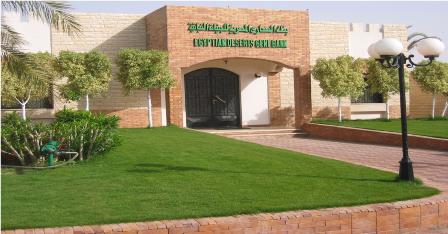 LATER: Nourishing the Planet weighs in with a nice article.