What did we do before Twitter? Had a life, probably. But also, it was undeniably more difficult to keep up to date with stuff. Absent heroic tweeps in Minneapolis, I would not have been able to follow Plant Biology 2015 quite so assiduously, and thus find out about, among many other things, the Legume Federation. Or indeed see their poster. 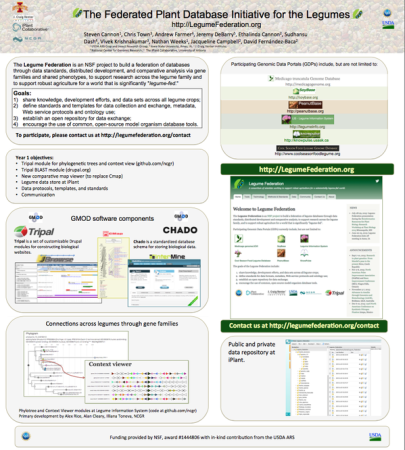 Likewise the annual meeting of the National Association of Plant Breeders would have slipped me by. And I would have missed this photo of two plant breeding legends.

#NAPB2015. Two giants of wheat breeding whose shoulders we all stand on. Bob Allen and Cal Qualset–great people!! pic.twitter.com/po6PPvmW5b