As usual, I exaggerate; for effect, as usual. But I think it would certainly be true to say that detailed morphological descriptions of germplasm are not the highest priority thing breeders want out of genetic resources databases. That would probably be information on resistance to biotic and abiotic stresses. 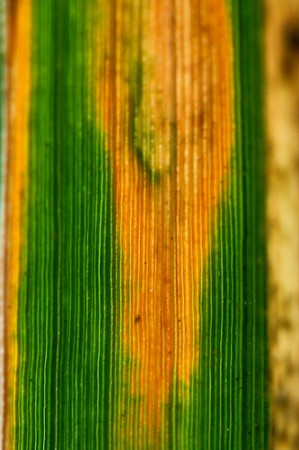 And yet a paper just out in Euphytica shows that the former can be clues to the latter. A team at IRRI1 looked at the susceptibility of rice to sheath blight, an important disease throughout rice-growing areas, especially under intensive systems.2 They measured how 200 accessions did when inoculated with Rhizoctonia solani in the field. So far, so conventional.

But because the accessions were very carefully chosen (out of a total of over 100,000 in the IRRI genebank), the team, which included the genebank manager, were able to estimate to what extent differences in disease intensity were due to plant and canopy architecture — in other words, morphology — and how much to genetic susceptibility.

The accessions tested were selected to represent contrasting morphologies (based on leaf length, leaf angle and number of tillers, typical characterization descriptors), different phenologies (number of days to 80% flowering) and all the major varietal groups (indica, aus, aromatic, temperate, japonica and tropical japonica). It turned out that the lowest levels of disease intensity were found on a particular morpho-phenological group, and that this effect of morphology on disease intensity was much greater than any effect of genetic group, although the aus varietal group was markedly superior to the others.

The authors therefore recommend that breeders looking for sources of reduced susceptibility to sheath blight will find it most efficient to select taller accessions with wider leaves. Let us see what the breeders think. I’ll post this on GIPB and report back if there’s any reaction.

4 Replies to “The revenge of characterization data”