So I was at the Palazzo Massimo alle Terme to catch the Rosso Pompeiano exhibition, which was fine, and which I may blog about later, but details of two statues caught my eye among the permanent stuff on show — representing agrobiodiversity, of course. The statues are meant to symbolize different provinces of the empire. This one is supposed to be Thrace: 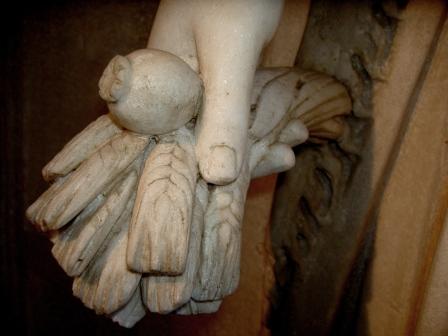 I guess the cereal is barley, but why the poppy seed capsule? And this one is supposed to be Egypt: 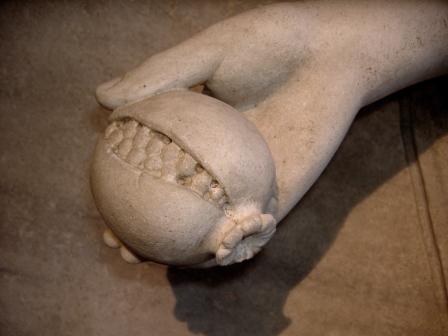 Now, the caption said this is a pomegranate, and I can see why that should be, but isn’t there something wrong with the top of the fruit? Shouldn’t the remains of the sepals be sort of more upright? Check out various other representations of the fruit to see what I mean. Anyway, I can’t imagine what else it might be. Except perhaps an opium poppy, especially when you compare it with the obviously more weedy poppy in the other statue. But both capsule and seed are too big. Of course, the “poppy” held by the representation of Thrace could in fact be a small pomegranate. In any case, I don’t understand why barley should somehow represent Thrace and pomegranates Egypt. I’ll look into it. Someone somewhere is bound to have written a thesis on botanical symbolism in Roman art.

5 Replies to “Roman agrobiodiversity on show”