The main building of the National Museums of Kenya in Nairobi has had a facelift, courtesy of the EU. Pretty good job on the outside, but the new exhibits were a bit of a disappointment. 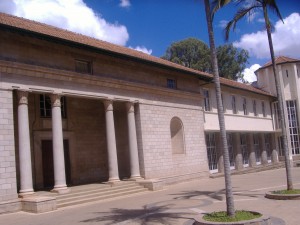 There’s a big hall about Kenya’s animals, of course, and another series of displays about its cultures, arranged by life-stages (birth, youth, adolescence, initiation: you get the picture), though this includes very little about agriculture: 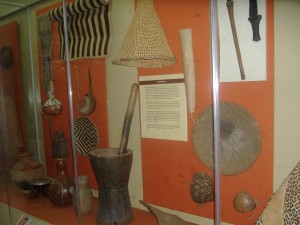 But there’s nothing at all on the country’s ecosystems and protected areas, and nothing on its plants, at least inside the building (apart from a display of an herbarium specimen in the small hall describing the museum’s history). There is a little botanic garden dedicated to medicinal plants (arranged by family, the wisdom of which is debatable), but this misses the opportunity of describing the Amaranthus on display as not just a medicinal but also a nutritious traditional leafy green (see my next post): 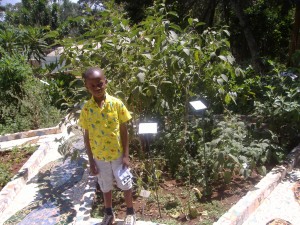 However, the entrance hall does have a terrific display of cucurbit diversity: 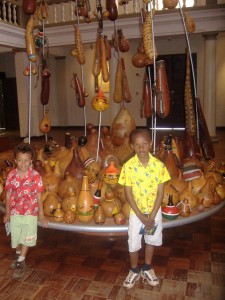 These bottle gourds are used by the Maasai and other pastoralists to store water, milk, blood, and mixtures thereof. Here’s a close-up: 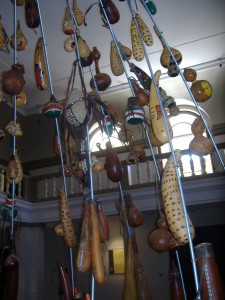